Rete Ferroviaria Italiana and Nevomo have signed a MoU

Rete Ferroviaria Italiana and Nevomo have signed a Memorandum of Understanding (MoU) to verify the technical and economic feasibility of superposing MagRail technology on existing railway infrastructures. As part of this cooperation, they will apply for European innovation funding, to finance a full-scale pilot on the RFI test facility in Bologna San Donato. It will be a major step towards bringing this innovative technology – still in its development phase – to the European railway market. It is expected that MagRail will be compatible with the coexisting underlying railway system and will enable conventional and high-speed railway transport to be upgraded. There will follow an increase in speed of up to 75% regarding existing alignments, without the need to build new infrastructures. This will mean avoiding all heavy civil works and related investment.

Rete Ferroviaria Italiana, the Ferrovie dello Stato Italiane Group company responsible for managing the national railway infrastructure, and the Polish-Swiss technology company Nevomo, have signed an MoU to develop MagRail technology. The year-long collaborative agreement is focused on knowledge sharing and analysing the Italian railway network to assess the technical and economic feasibility of implementing MagRail technology on selected routes. The agreement also mentions technology acceleration, aimed at integrating it with the railway system.

In line with these activities, these two companies will apply for funding from the EU to conduct the first full-scale MagRail system pilot on a test track in Bologna San Donato, which is owned by RFI. This will be the last stage of testing, which is expected to trigger the conformity assessment procedures needed to implement the MagRail technology commercially. Thus, Italy has taken another step towards becoming a pioneer of advanced and innovative transport systems, focusing on related infrastructural needs.

Magrail is expected to become a new high-speed transport system superposed on, and integrated with, existing railway corridors. It will enable the introduction of a new mode of propulsion with linear motors and a new interface between newly designed vehicles and the infrastructure, based on frictionless magnetic levitation. From a technical point of view, it will allow for interchangeable operations of conventional railway rolling stock, as well as new, faster, magnetic-levitating vehicles on the same line. The latter vehicles will be up to 75% faster than the former vehicles on the same route alignment. The system is expected to improve the performance and efficiency of existing railway corridors at moderate capital expenditure levels and with lower operational costs.

The MagRail technology we are developing allows us to implement sustainable mobility by transforming the transportation landscape into an efficient and emission-free system. The preliminary feasibility study of MagRail technology, conducted in cooperation with our partner IDOM, shows that the benefits of implementing MagRail technology will be significant – both in economic and social terms, says Przemek Paczek, CEO & co-founder of Nevomo. We are extremely happy that RFI, one of the European leaders in adopting advanced technological railway solutions, has placed its trust in us. Together, we have an opportunity to revolutionize rail transport, he adds. 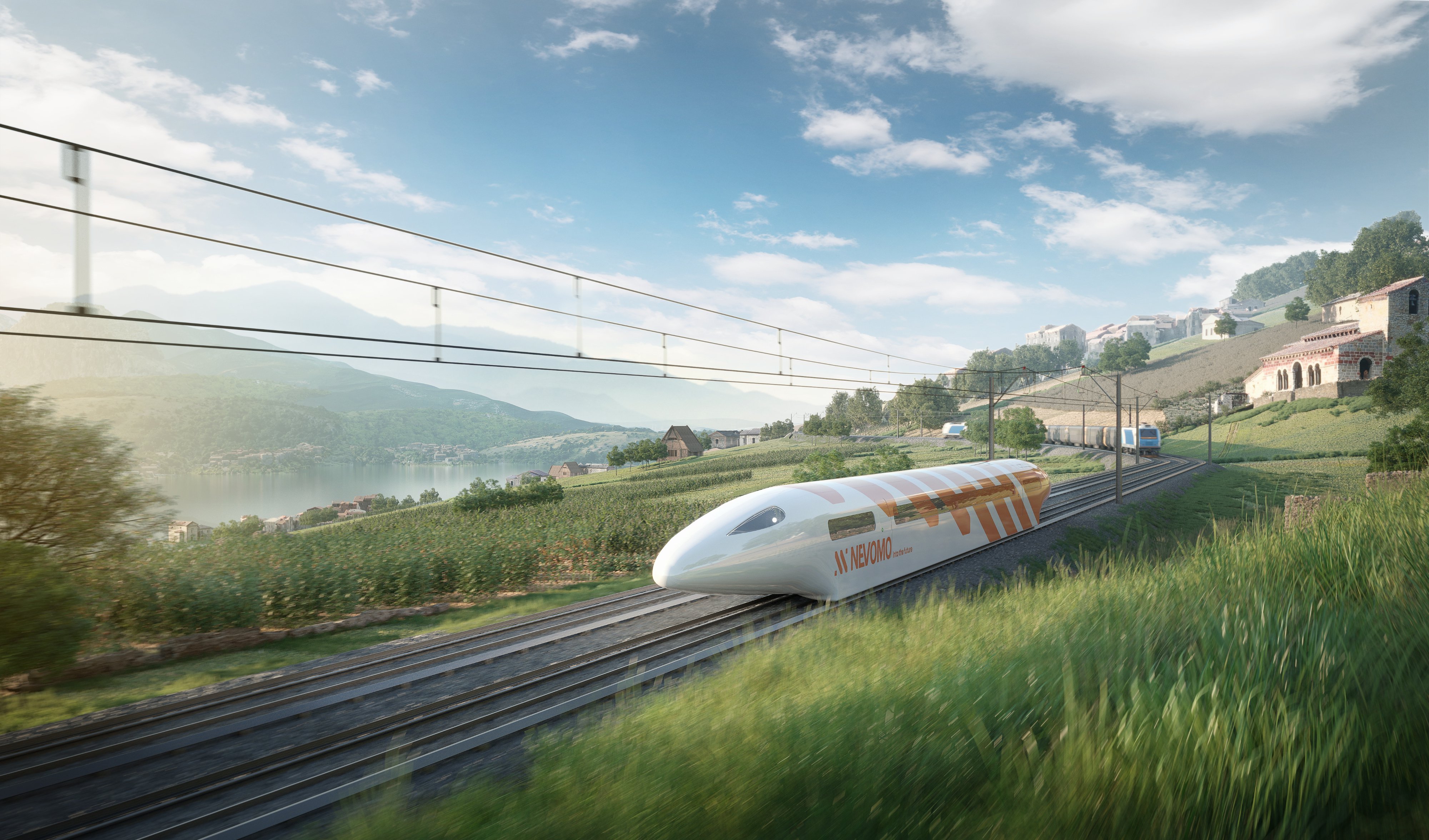