Nevomo has been awarded with up to EUR 17.5 million in total from the EIC Accelerator issued by the European Commission

Nevomo, a European deep-tech company and the developer of the next generation of high-speed railways, has received a EUR 2.5M grant funding from the European Innovation Council (EIC) Accelerator Program, which subsequently is expected to be extended by an equity component of up to EUR 15M from the EIC Fund. The investment will be used to further develop Nevomo’s technology towards higher Technology-Readiness-Levels.

“We are extremely proud to be awarded with funding and equity investment from such prestigious European accelerator program. It confirms the credibility of our strategy to develop 21st century technology for rail transport. EIC funding will enable us to accelerate our work in testing and developing our breakthrough technology, which we hope will soon change the face of the mobility industry.”, says Daniel Minx, Head of Finance at Nevomo.

“The new wave of innovation is currently led by deep tech start-ups that target societal challenges. I am happy to see so many of them applying to the EIC, in particular from countries that are catching up in their levels of research and innovation performance. Thanks to the European Innovation Council, they will get the support they need to accelerate their growth and lead on the next wave of deep tech.”, underlines Mariya Gabriel, Commissioner for Innovation, Research, Culture, Education and Youth.

MagRail is designed to easily, quickly and cost-effectively extend the capacity and enhance the capability of existing railway lines, as well as improve the efficiency of the rail transportation system. This globally unique solution enables quick and gradual implementation of transport systems inspired by the hyperloop concept, starting with the use of existing corridor routes and makes it possible for both magnetic vehicles and conventional trains to operate on the same lines. MagRail allows fully automated driving, increased frequency, catenary-free and human error-free operation, with timetables adapted to changing transport needs. By adapting the existing railway infrastructure, Nevomo aims to enable travel with a speed of up to 550 kph.

Nevomo presented the first 1:5 demo version of its magnetic rail technology called MagRail in 2019 followed by successful mid-size tests in December 2020. Preparations for the first 1:1 scale tests on a track in Nowa Sarzyna, Poland began in summer 2021. At the beginning of 2022, Nevomo completed works on the railway infrastructure and began installing MagRail system components on what is the longest full-scale test track for passive magnetic levitation in Europe up to date.

Nevomo is a European deep-tech company, using hyperloop-driven technology to improve the efficiency of existing railways. Its unique approach will enable quick and gradual implementation of transport systems inspired by the hyperloop concept, starting with the use of existing corridor routes. By adapting the existing railway infrastructure, the company aims to enable travel with a speed of up to 550 kph. This will be possible thanks to the development of MagRail technology, a magnetic railway system that makes use of existing railway tracks. Both traditional trains and MagRail vehicles can operate on the same railway line interchangeably. Nevomo is the first company in the world proposing a gradual implementation of hyperloop-driven solutions as an upgrade to the railway industry. 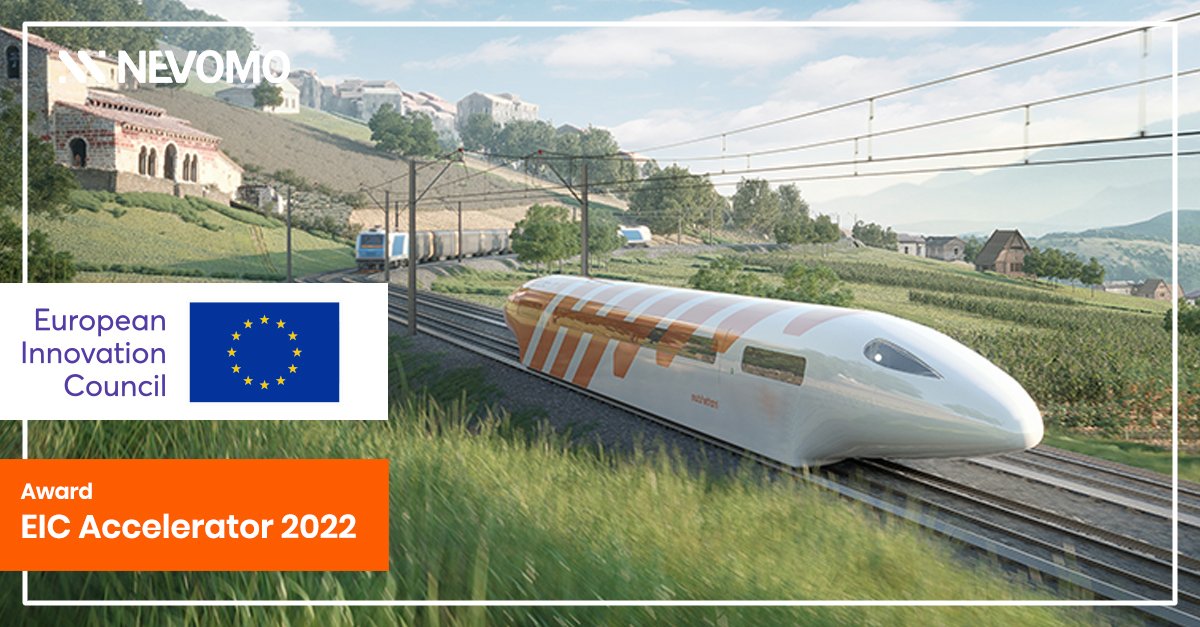