EIT InnoEnergy, the innovation engine for sustainable energy across Europe, has invested in Nevomo, a European deep-tech company developing the next generation of high-speed rails, to accelerate the rollout of its hyperloop-inspired MagRail technology. Used to upgrade existing railway infrastructure this proprietary solution combines magnetic levitation and linear motor enabling speeds of up to 550 kph. EIT InnoEnergy’s investment is part of a €5 million bridge round with Hutter Private Equity, ValueTech Seed, and Seedrs which was concluded earlier this year. EIT InnoEnergy is supported by the European Institute of Innovation & Technology (EIT), a body of the European Union.

Lucienne Krosse, responsible for the hyperloop portfolio at EIT InnoEnergy, underlines: “Nevomo’s technology is the missing link between the current, often hugely outdated rail infrastructure and entirely new high-speed systems like the hyperloop. This can not only accelerate the adoption of this new mode of sustainable, long-haul transport but greatly decrease the costs associated with such a shift.”

“Becoming a portfolio company of one of the world’s leading investors in sustainable energy and transportation is further confirmation from the market that we are on the right track in developing our hyperloop-driven technology. We are confident that thanks to EIT InnoEnergy's support we will be able to follow the path of portfolio companies such as Northvolt”, says Przemek Ben Pączek, CEO and Co-Founder of Nevomo.

The first 1:5 scale demo version of Nevomo’s MagRail was presented in 2019, followed by successful mid-size tests conducted in winter 2020/21. In 2021, Nevomo started construction on Europe's longest track for testing passive magnetic levitation in Nowa Sarzyna, Poland. As of mid-2022, the installation of all the necessary elements has been completed. The first full-scale test vehicle, equipped with all the necessary components to perform the first tests was delivered to the site in August this year. The tests are expected to take place in winter 2022/23.

EIT InnoEnergy operates at the centre of the energy transition and is the leading innovation engine in sustainable energy, bringing the technology and skills required to accelerate the green deal and Europe’s decarbonization goals.

Recognized globally as the most active sustainable energy investor and one of the largest climate tech and renewable energy tech investors in 2020, EIT InnoEnergy backs innovations across a range of areas. These include energy storage, transport and mobility, renewables and sustainable buildings and cities – leveraging its trusted ecosystem of 1200+ partners and 29 shareholders. 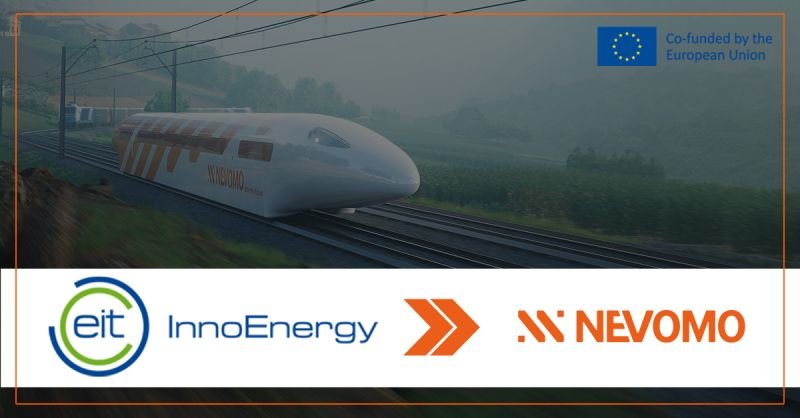